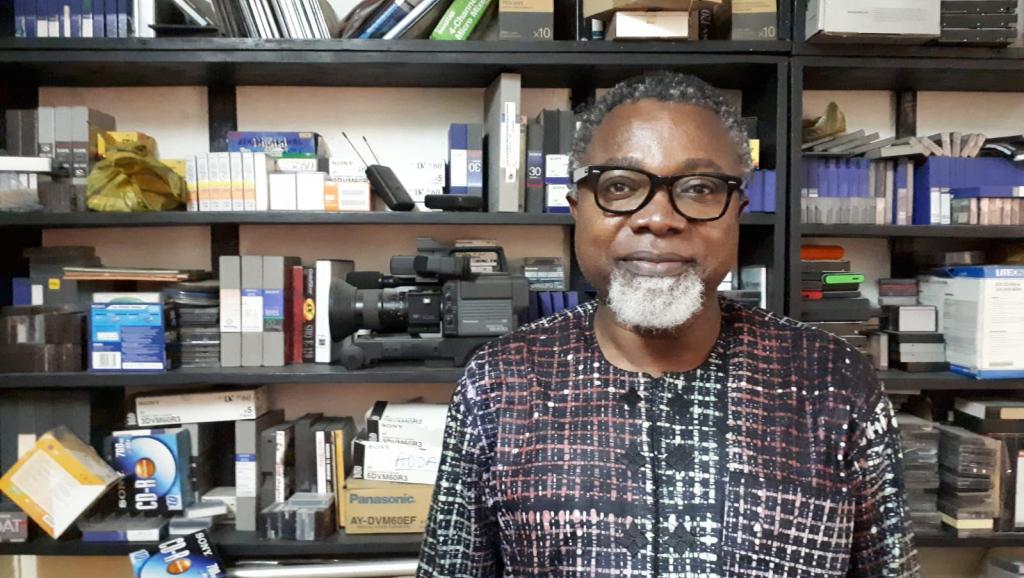 “What has endeared Nollywood to the rest of the world and to us Nigerians in particular [has] been the art of storytelling,” says Mahmood Ali Balogun, a filmmaker in the cinematic landscape here in Nigeria, often referred to as Nollywood.

Balogun grew up influenced by films from India, China and the United States.

“When I was a child, there were more productions on stage from Ogunde (a playwrite),” explains the director when looking back on his childhood.

At the time, Nigeria’s film industry was in its very early stages, so he got his film inspiration from abroad. But they all shared common traits: story-telling and themes about honour.

The dawn of Nollywood

He says the film did well at the box office. The story itself is heavy on story-telling – a trait that he feels Nigerians have and what makes their films distinct from other genres. “It’s what we want our people to see” rather than the stories told in mainstream European films.

“We are telling our stories for ourselves by ourselves. It’s for the rest of Africa and the diaspora,” stresses Balogun.

The other reason Nollywood has become successful is in terms of basic economy.

“We’re making movies so that we can be profitable, and that is what you find lacking in the rest of the continent,” explains the director.

He points to Francophone countries, such as Mali or Burkina Faso, where they may have grants or financial support from France or other French-speaking countries.

Nigeria doesn’t have that. Instead, after one film is made, people start work on the next one, so the major mark of Nollywood is also its output which means more opportunities for viewing.

Whereas in the case of a film that may have been funded from abroad, he feels “at the end of the day those movies, they end up in the archives in Paris and the funding countries. The people don’t get to see those films, the filmmakers don’t make any return…that is not a business that is doing a show.”

But to him and those working in the vibrant world of Nollywood, “moviemaking is about show business: you do the show and the business. In Nigeria we have been able to combine both.”

You’ll always have a job

The business model for movie-making is relatively direct and simple in Nigeria by comparison to other countries. “Nigerians are quite energetic when it comes to business, anything that can bring sustenance to you, you do it. And we’re good at it,” he explains.

Which explains how filmmaking generally provides employment for a lot of people.

“That’s why you see us churn out a lot and we don’t waste time in three to four months being on location. Nah! You do it, and get it done. Put it on the market, make your money and get to the next one.”

Without any government support or grants, people live directly from their moviemaking and fund it directly. Perhaps one can manage to get a bank loan, but definitely not in the beginning.

Which means the industry is much like a double-edged sword: it’s open to anyone who’s willing to sink a bit of money, but as with all things in life, there’s no guarantee of a return.

That said, Nollywood is one of the growing industries in Nigeria, contributing to nearly 1.5 percent of its GDP, says Balogun. He adds that unlike the past where movies struggled to get much recognition, today there is thriving “creative economy that is adding value to the entire economy of the nation”.